Iran exports 85% of its pistachios 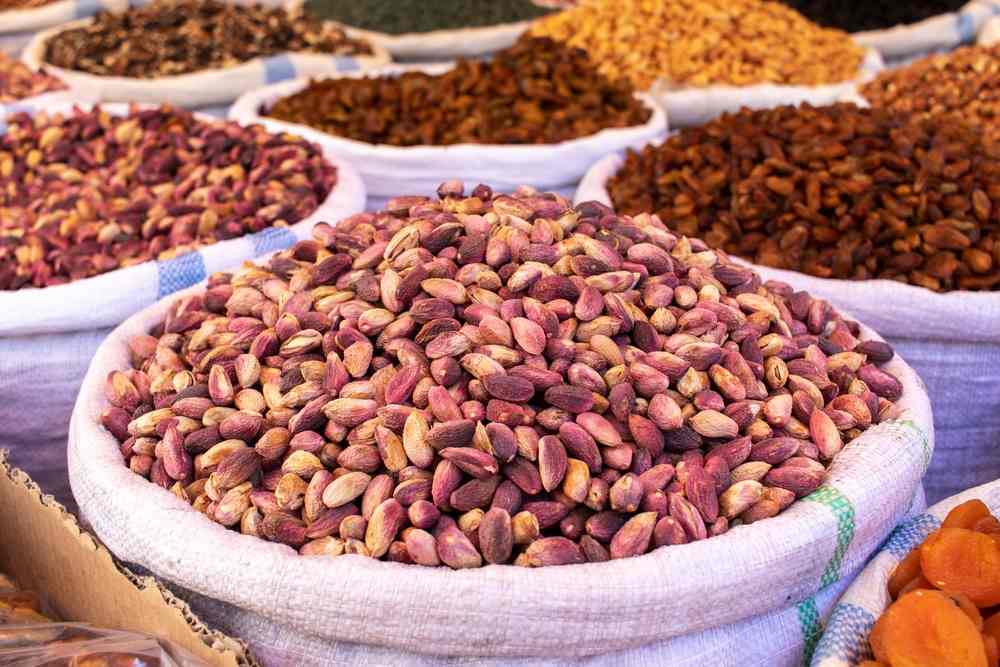 A member of the board of directors of the Iranian Pistachio Association said: The amount of pistachio exports changes every year and factors such as annual production and exchange rate determine the volume of pistachio exports; But it can be said that on average about 85% of the annual pistachio production is exported to the Far East, the European Union, the Indian subcontinent, the Commonwealth of Independent States and the Middle East.

He said that the pistachio tree is annual and there are no exact statistics on the annual production of pistachios in the country, It is difficult to provide an accurate forecast of pistachio production, but the Iranian Pistachio Association predicts that due to this year’s spring frosts in Kerman, Yazd and Fars provinces (provinces in Iran), the production volume this year will be less than last year, which was about 135,000 tons.

Agah stated that about 15% of the pistachios produced in the country are consumed and the surplus is exported, noting: The amount of pistachio exports changes every year and factors such as production and exchange rate determine the volume of annual pistachio exports; About 85% of the pistachios produced are exported to the Far East, the European Union, the Indian subcontinent, the Commonwealth of Independent States and the Middle East.

A member of the board of directors of the Iranian Pistachio Association, in response to the question whether pistachios are a product of dehydration, added: An article was published in the Iranian Water Management Institute entitled “Evaluation of Crop Pattern Criteria”. This article discusses the criteria by which the dehydration of a product should be measured. For example, for each cubic meter of water consumed, how much fresh product is obtained? Or how many kilos of dried product is produced? Or how many calories does the product have? Or how much profit is made for the country per cubic meter of water consumed? From my point of view, the criterion is exactly the latter, that is, for each cubic meter of water used to produce a product, a few dollars profit is made.

He continued: National interest and profitability should be considered the most important factor in comparing the production dehydration of a product.

He also said: If we look at this issue from an economic point of view, the profitability and exchange rate of pistachios compared to the water used to produce them is significant. But this issue has another side and should not be taken as unprincipled and destructive from groundwater aquifers; We can use groundwater to the extent of renewable water resources. I believe that the free market must decide which part of the water we are allowed to use and which product to use to produce it, which will bring the most profit to the country.

In response to the question that pistachios are produced in provinces that are affected by severe water stress and it is possible that the continuation of the production of water products will reduce the possibility of living in these areas, is profitability also a priority in these conditions? Agah said: The geographical and economic capacity of an area dictates how much living there is, not the other way around.

According to him; The commercial price of pistachio shells in bulk depends on its quality, type and size is 8 to 10 dollars per kilogram.

Referring to the breeding of pistachio cultivars, the economic activist said: The pressure of water shortage on pistachio growers has caused them to seriously follow the modernization process of orchards and to better observe the scientific, experimental and economic principles of planting, holding and harvesting in order to increase production efficiency and be able to produce water per cubic meter. They consume to harvest more.

Fundamental analysis of the detergent industry in the stock market – What...
Scroll to top