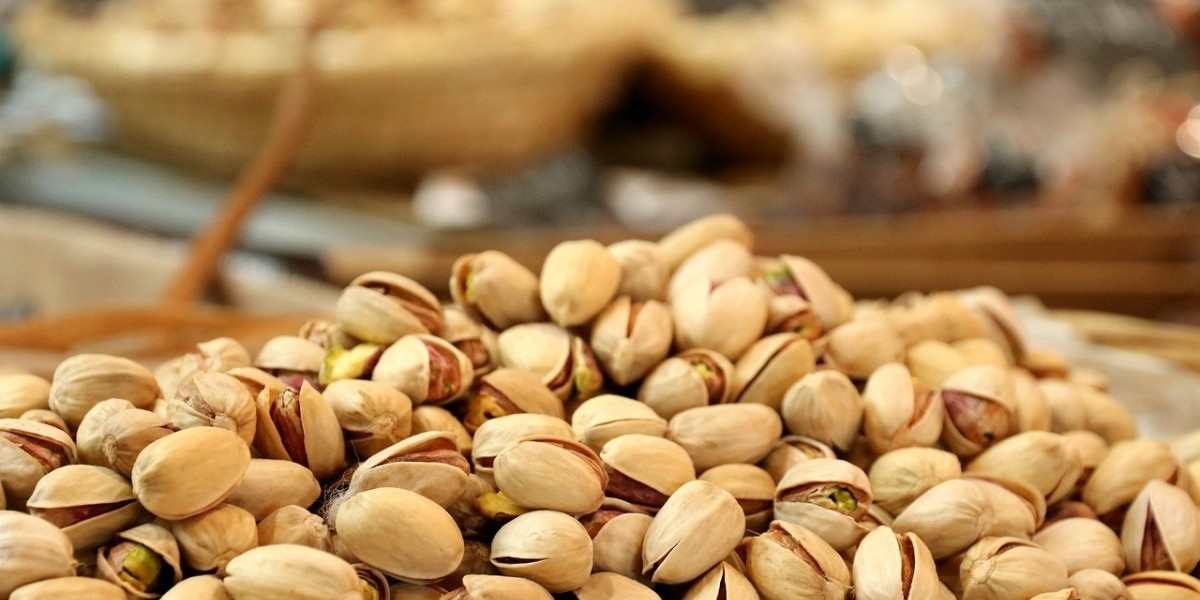 Spanish farmers have discovered a new crop they’ve dubbed “green gold,” a cash crop that could save one of Spain’s poorest regions from decline and depopulation. Farmers plow wheat fields and vineyards and plant pistachios.
According to the Guardian, since Spanish farmers earn between 65 and 85 cents per kilo of olives and about 65 cents for grapes, pistachios, which cost 6 to 8 euros per kilo, are at a different level.
“I used to grow cereals, olives and grapes, but I gave it all up to grow pistachios,” says Gustavo Adolfo Galvez, who owns a pistachio farm near Toledo in Castilla La Mancha in central Spain.

“It’s much more profitable and cheaper to produce pistachios, which means many more farmers can survive,” he added.

In 1986, the Castilla-La Mancha regional government launched a research project aimed at finding alternative crops that its farmers could grow, says José Francisco Cuseiro López of the Regional Institute for Agricultural Research and Development.

“We spent the next 10 years researching alternative crops for the three or four crops that are grown here,” says Cuseiro-López. When we went from theory to practice, we practically ruled out all options except pistachios. The pistachio almost magically adapts to the Castilla-La Mancha climate. It can withstand heat and cold and grow in poor and shallow soil.”

He says the next step was to train farmers through a series of courses. In 2013, Cosiro Lopez wrote a book on pistachio planting that became a bestseller in Spain and Latin America. “The biggest drawback is that pistachio farmers have to wait at least seven years before their first proper harvest, although many are clearly convinced it’s worth the wait, especially as demand continues to outstrip supply,” he says.

Last year, Spain harvested 2,800 tons of pistachios from 70,000 hectares, almost all of it in La Mancha, but it is still a newcomer in a market dominated by California, Iran and Turkey, which account for about 90 percent of global production.

The pistachio can withstand drought – an important factor in La Mancha – but needs plenty of water during the pistachio stage. In California, severe drought and groundwater restrictions threaten this year’s crops.

Although the pistachio is not native to Spain, pistachios have been present in Spain since Roman times, says Erba ecologist Fran Figueroa. He agrees that pistachios are perfect for La Mancha.

He says: “This is the product of the future and it needs less water than, for example, almonds.”

While Spain is a small player, it competes on quality rather than quantity. Most La Mancha farms are organic, which adds value to their products.

“I don’t want to be a chauvinist, but our pistachios are the best on the market,” says Gallows. Neither in Iran nor in Turkey is this good product. People understand this and are willing to pay for it.”

Pistachios are mostly consumed as nuts, but are widely used in Middle Eastern cuisine as well as in the production of cakes, pastries, ice cream and cosmetics.

As people steadily leave the countryside, “Empty Spain” has become a political issue, exploited by the far-right Vox party. Can pistachio green gold bring people back to their lands?

“People in my village went to the city because they couldn’t survive as farmers,” says Gallows. But now they see that even with 10 or 15 hectares you can have a decent life.”

He added: “We are determined to make sure we don’t repeat the same mistake we made with grapes; Where we left the marketing to others and we farmers never benefited from it. “We want to make sure that it is the farmer who benefits from the pistachio.”

Decrease in almond production in Chaharmahal and Bakhtiari orchards, Iran