Board member of Iran Pistachio Association: Pistachio production in Kerman is declining 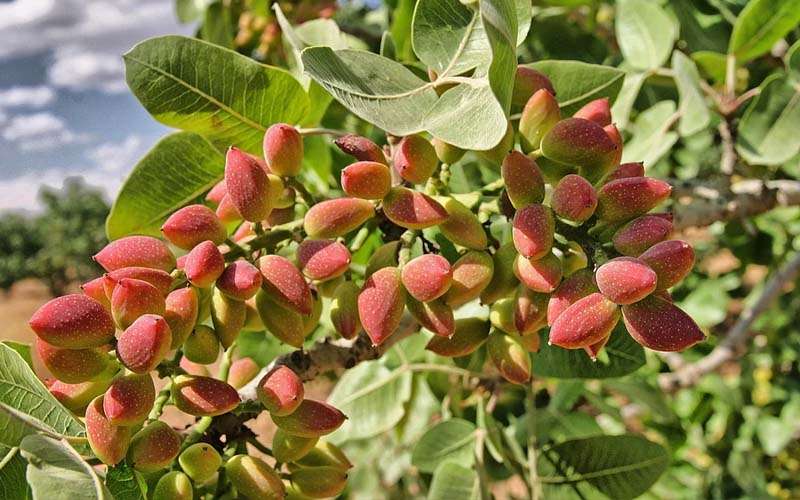 According to the report of Kerman news, quoted by ISNA, “Farhad Agah” in a meeting on the issue of water and pistachio, stating that most of the major issues in Iran are somehow intertwined with the issue of macroeconomics and it is difficult to solve one without addressing the other, said: In the discussion of water saving, I think we are inevitably drawn into macroeconomic discussions.

He stated that saving money can never be achieved with advice, requests and threats, and added: In my opinion, thrift means economics; The optimal allocation of limited resources to unlimited demands is included in the definition of economics and shows that if we want to save water or any other commodity, we will have no other way than turning to economics.

Agah stated: A commodity like water is a limited resource in the desert areas of Iran, and it is necessary to define a free market to allocate resources. The free market has mechanisms that self-regulate the market in a direction where the price comes out of it and the competition is completely free.

He stated: If we want to save and optimally allocate water, the first thing is that water becomes an economic commodity, and this happens when water is acquired and exchanged.

The board member of Iran Pistachio Association said: In order to save water, there is no other way than to create a public belief that water will become a commodity. By the way, I do not deny the effectiveness of other methods, but you cannot go towards a problem and ignore its 95% solution.

He stated: Economy solves the problems of this field in saving, and if we abandon the economy, it is never possible to reach the goals, and it is necessary for the government to provide the necessary prerequisites for water to become an economic commodity. Otherwise, no matter how much we talk about it, it will not be more than a slogan and will not lead to results.

Agah pointed out that in the last half century, unfortunately, the direction of the society and the government has been towards weakening the foundations of management and preventing the free exchange of water, he added: In ancient times, when canals were the only way to extract water in desert areas, according to custom and Sharia, whoever could extract water, subject to not causing harm to others, became the owner of water and had the right to buy and sell it. And water ownership has been a completely accepted issue.

He stated: With the advent of deep well drilling technology, the cost of water extraction decreased, and after that, the traditional systems may not have been responsive, and in 45, the law on the protection and preservation of the country’s waters, and after that the law on water and its nationalization, was passed, and private ownership turned to ownership. The government was pushed and the roots of many problems caused by water wastage originate from here, and the foundations of water ownership and the right to water resources became weaker.

The board member of Iran Pistachio Association said: In recent years, efforts have been made to formulate the water law, which seems that the government is looking to pour clean water into the hands of private ownership of water resources and make the water state-owned, for example, Article 44 of the Law on Fair Distribution of Water, never in practice. It is not unloaded.

Agah also stated: One of the requirements is that the government does not interfere in the market, and one of the important points about the market is that energy subsidies and rents are very detrimental to Iran’s economy.

This economic activist stated: The rate of our gas sales to Iraq is about 30 cents per cubic meter, and the rate of gas given to industries is one and a half cents. Direct regeneration steel production technology, which all factories in Iran work with this technology, is not cost-effective in the world, but steel production is done in this way because of the rent that is given on gas and electricity rates in Iran, and the difference The price of exported gas and the factory eventually turns into the profit of the factory and goes into the pockets of the shareholders of the factory, while this money belongs to 80 million Iranians.

Agah stated: Government officials think that water consumption in industry is more economical than in agriculture. But how is it that pistachios are cultivated in other countries with great speed?

Board member of Iran Pistachio Association said: If the reduction of consumption is to happen, there are several possible ways, and the first thing is nature’s flood, which has reduced the level of water tables due to excessive harvesting.

Pointing out that the second event is the removal of energy subsidies, which leads to a reduction in water consumption, he added: Another way is for the government to step in and buy the many permits it has issued from the people and prevent unauthorized water withdrawals.

Agah further pointed out that the growth rate of water consumption is much higher than the growth rate of production. Pistachio production in Kerman is declining due to the decrease in the quantity and quality of water. But in other parts of Iran, pistachios are being cultivated and generate a very good income for farmers.

He stated: If the government wants to help, it must provide the conditions for the creation of a free market in all goods, and it is at the bottom of the free market that it is determined which direction the water resources will go, and I do not defend pistachios or anything else, the only body that has the authority to do this The decision is made by the free market mechanism.

15% increase in the price of detergents in Iran