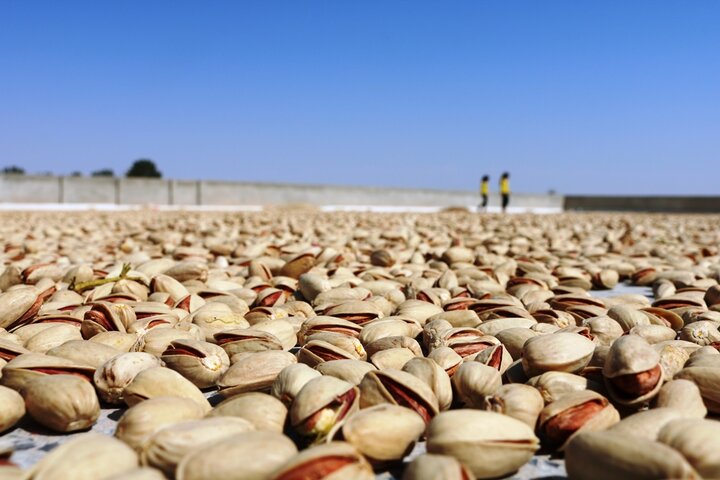 Iran’s pistachio exports fell. Now, according to the customs, the amount of pistachio exports in the first five months of this year has reached about 15 thousand tons, which is a quarter compared to the same period last year. This happens while Iran was not only once the leader of the world’s pistachio market, but pistachio was considered one of the most valuable non-oil commodities in Iran and generated an annual income of 1.5 billion dollars for the country.

Of course, the water crisis is not limited to Iran’s pistachio pole, and these days in the most important agricultural poles of Iran, the level of concern has reached the level of drinking water supply. In the summer of this year, the drinking water supply of Chaharmahal Bakhtiari and Hamadan provinces was cut off for many days, and according to the Tasnim report, the water storage in eight important dams for the country’s drinking water supply has reached below 20%. Based on this, the official statistics of the country’s water resources showed that from the beginning of the current water year until October 16, 370 million cubic meters of water entered the country’s dams, which is a 27% decrease compared to the same period last year. In the middle of October, the amount of water stored in the country’s dams has reached 18 billion and 570 million cubic meters, which means that about 36% of the country’s dam reservoir capacity is full and about 64% of this capacity is empty.

The water crisis in Iran has now stopped the export of Iran’s most important agricultural product, pistachio. Customs statistics indicate a fall in pistachio exports this year. According to the customs export statistics, in the first five months of 2022, 14,841 tons and 860 kilograms of pistachios worth nearly 108 million and 93 thousand dollars have been exported to other countries.

Stopping the construction of a pistachio garden in Kerman

In response to the challenges of Iran’s pistachio pole, Mohammad Mehdi Bromandi, Deputy Minister of Horticulture, told that Kerman’s pistachio orchards will not develop any further and that the improvement, restoration and replacement of the orchards are on the agenda.

Referring to the decrease in pistachio exports, he said that “in total, we used to export 200,000 tons annually, but this year, due to the frost in the orchards and the water crisis, the amount of production has decreased compared to the previous year.”

Stating that about 15% of the produced pistachios are consumed inside the country and its surplus is exported, Agah said: the amount of pistachio exports changes every year and factors such as the amount of production and the exchange rate are decisive in the volume of annual pistachio exports; It can be said that about 85% of produced pistachios are exported to the Far East, the European Union, the Indian subcontinent, the Commonwealth of Nations and the Middle East. In response to the question of whether pistachio is a water-absorbing product, the board member of the Iranian Pistachio Association added: An article was published in the Iranian Water Management Think Tank entitled “Evaluation of the Cultivation Pattern Criteria”. In this article, it was discussed with what criteria the water absorption of a product should be measured. For example, for every cubic meter of water that is consumed, how much fresh produce is obtained? Or how many kilos of dried product are produced? Or how many calories does the product have? Or how much profit is obtained for each cubic meter of water used? From my point of view, the last criterion is the right one; That is, for every cubic meter of water used to produce a product, how many dollars of profit is obtained.

He continued: National interests and profitability should be considered the most important factors for comparing the water consumption of a product. Stating that the production of profitable products is the best option for using rainwater and green waters, Aghaz added: If we look at this issue from an economic point of view, the profitability and exchange rate of pistachio is significant compared to the water used for its production. But there is another side to this issue, and one should not take unprincipled and destructive extraction from underground water tables; We can use underground water to the extent of renewable water resources. I believe that the free market should decide which water we are allowed to use, in which part and to produce which product will bring the most profit for the country. In response to the question that pistachios are produced in provinces that are involved with serious water tensions, and there is a possibility that the continuation of the production of water-intensive products will reduce the possibility of living in these areas, whether profitability is also a priority in this situation, he said. : The geographical and economic capacity of an area dictates how much living is possible there and not the other way around.

The Ultimate Guide to Storing Almonds